In High Praise Of Oscar Wilde

Oscar Wilde was an Irish exemplar (1854 – 1900): a poet, playwright, novelist, spokesman for the late 19th century Aesthetic Movement and a great wit like none other. Truly one of the most talked about and revered of all the supreme conversationalists, artists, and observers. He documented the human experience with flair, panache, and, at times, biting cynicism. 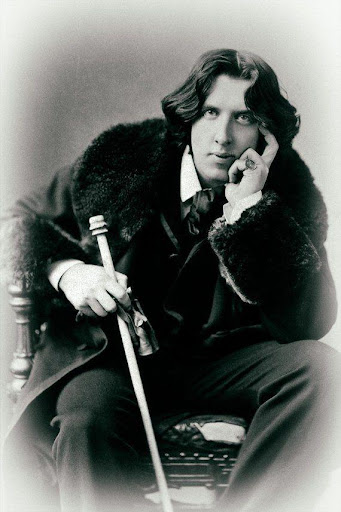 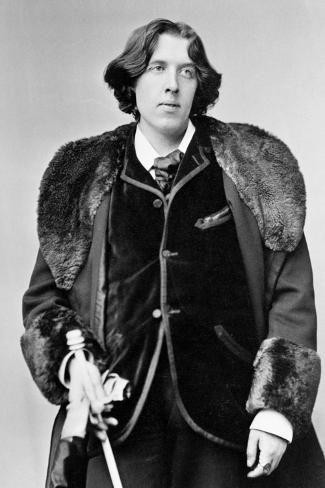 A snazzy dresser and so much more! A personality for the ages, forever documented in verse and prose:

(From Alvin Redman’s “The Wit and Humor of Oscar Wilde”:

“He dressed meticulously in the fashion of the day, wearing a button-hole, chosen with care, and carrying a walking-stick, also carefully selected, from his large collection.”

“Wilde’s personality burned like the flames of a beautiful dancing fire: gay, wayward, and warming. But beneath the gaiety there was a kindly, if complex, nature, and though the flames warmed they never burned those they touched.”

“He has become the symbolic figure of his age, which he summed up completely. He made dying Victorianism laugh at itself and what serious reformers has labored for years to accomplish he did in a moment with the flash of an epigram; gaily, with humour and wit for his weapons.” –Richard Le Galliene, “The Romantic 90’s”

Oscar Wilde is one of the most well known wits of any time or age and was a supreme conversationalist. Some of his utterances, quips, quotations we know by heart, such as, upon traveling from New York to England, at customs, Wilde said simply, “I have nothing to declare but my genius.”

On boasting about his outrageous life: “I never travel without my diary. One should have something sensational to read in the train.” One may have, as the Millennial generation likes to call it, FOMO upon learning of Oscar Wilde’s literary lifestyle, the true, unfettered life of an artist.

Some of our other favorite utterances of Wilde’s include (but are not limited to): 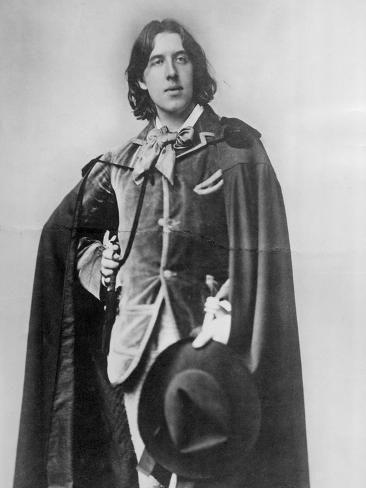 As one can clearly see, Wilde’s acute observations on life and society are a bit playful, a bit harsh, honest, clever, and keen. He can subtly jab at Shakespeare while putting a whole new spin on an idea; he makes fun of himself, of his eccentricities and extravagances; he completely tears down fame and popularity while yearning for recognition and validation.

Wilde’s fairy tales are truly ones to be praised and include some of his most beautiful and whimsical prose. “The Happy Prince” details the life of a swallow—completely animated as with human feelings—and a statue of a boy, a prince, with sapphires for eyes and a ruby emblazoned in a sword. The statue of the prince comes to life and requests that the little swallow act out kind deeds for needy people in the town. He gives away his sapphire eyes and ruby so children can buy bread, and, finally, he has the bird take away his golden varnish, bit by bit, to offer up as charity throughout the city. The sparrow regales the prince with tales from strange, far-off lands he has flown over:

“Of the red ibises, who stand in long banks on the Nile, and catch gold fish in their beaks; of the Sphinx, who is as old as the world itself, and lives in the desert, and knows everything; of the merchants, who walk slowly by the side of their camels, and carry amber beads in their hands; of the King of the Mountains of the Moon, who is as black as ebony, and worships a large crystal; of the great green snake that sleeps in a palm tree, and has twenty priests to feed it with honey-cakes; and of the pygmies who sail over a big lake on large, flat leaves, and are always at war with the butterflies.”

Other Works: Plays, Poems and Novels 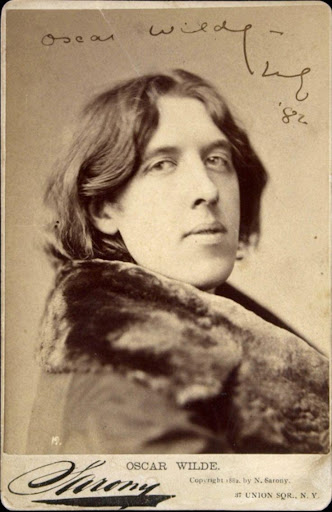 “Lady Windermere’s Fan,” “The Importance of Being Earnest,” and “A Woman of No Importance” are all gems written for the stage in the late 19th century. All are considered “society” plays as they satirize upper-crust English society.

“The Importance of Being Earnest” is a farcical comedy with a pun in its title while “An Ideal Husband” is a tale of honor and “A Woman of No Importance” was, at its time, “a new and original play of modern life” that is now a time capsule.

His poems that pay homage to other greats, such as John Milton, John Keats, and Percy Bysshe –

“Rid of the world’s injustice, and his pain, He rests at last beneath God’s veil of blue: Taken from life when life and love were new.”

“Like burnt-out torches by a stick man’s bed gaunt cypress trees stand round the sun-bleached stone; here doth the little night-owl make her throne, and the slight lizard show his jeweled head.”

“Milton! I think thy spirit hath passed away from these white cliffs, and high embattled-towers; this gorgeous fiery-colored world of ours seems fallen into ashes dull and gray, and the age turned into a mimic play”

His novel, “The Picture of Dorian Gray” (1890)—sometimes characterized as “decadent literature”—tells the story of a man who, so consumed with his own beauty, sells his soul for eternal youth. While the protagonist of the story, Dorian, remains young and beautiful, his portrait becomes an old, withered document of his transgressions. Today, it is considered a classic short novel that is indicative of the gothic genre.

Towards the end of his life, Wilde was persecuted for being gay and sentenced to two years in prison; he spent the last few years of his life in exile. A tragic ending for one of our truly great artists. His final resting place is in Père Lachaise Cemetery in Paris, where the epitaph on his tombstone reads:

“And alien tears will fill for him pity’s long-broken urn, for his mourners will be outcast men, and outcasts always mourn.”

To read more about Oscar Wilde, consider consulting the works and collections (and website) used in the writing of the blog:

“The Wit and Humor of Oscar Wilde,” edited by Alvin Redman, 1959

To read more of what’s on the blog and to discover what Full Cycle Publications has to offer, visit the website.