“Happiness is simply a temporary condition that proceeds unhappiness. Fortunately for us, it works the other way around as well. But it’s all a part of the carnival, isn’t it?” –Federico Fellini 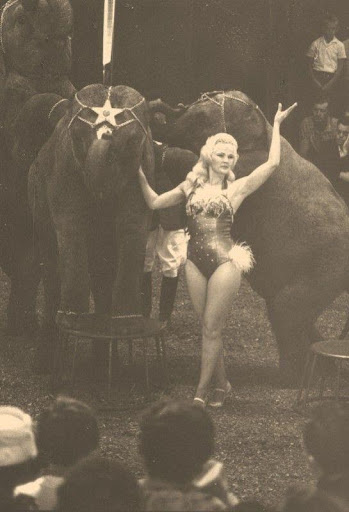 “Step right up!” shouts the ringmaster. The bears on bicycles, tight rope walkers, sword swallowers, a woman being sawed in half, and clowns rushing out of a tiny car are all on display for all to see. There’s ice-cold soda pop and paper bags overflowing with popcorn. There’s a beautiful lady all dressed in spangles riding an elephant. By today’s standards, some of the circus spectacles is not quite PC and definitely infringe on animal rights, but let’s go back to a time when carnivals and traveling caravans were the only big entertainment when the circus was the greatest show on earth. 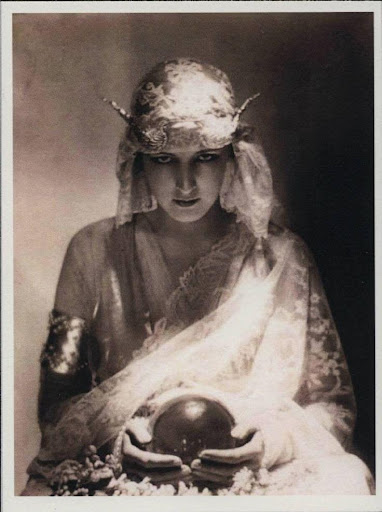 “Madame Sosostris, famous clairvoyante, had a bad cold, nevertheless is known to be the wisest woman in Europe, with a wicked pack of cards. Here, said she, is your card, the drowned Phoenician Sailor, (Those are pearls that were his eyes. Look!) Here is Belladonna, the Lady of the Rocks, the lady of situations. Here is the man with three staves, and here the Wheel, and here is the one-eyed merchant, and this card, which is blank, is something he carries on his back, which I am forbidden to see. I do not find The Hanged Man. Fear death by water.” –T.S. Eliot, The Waste Land (1922)

The stories of mystics, soothsayers, psychics, and gypsy fortune tellers never cease to fascinate. Imagine the elusive palm reader looking into her crystal ball, examining your hand, gazing toward the stars, and studying numerology. She’s wearing a silken headscarf and has bangles on her wrist and sparkling rings on every finger. She’s a witchy woman! So, do you believe in magic? Let her tell you your future: it’s all in her deck of Tarot cards! What does she see in her crystal ball?

Zoltar, the animatronic fortune-telling machine, is a must-see for young ones interested in mysticism! He’s located on the boardwalk at Coney Island. Of course, you’ll have to grab a frankfurter and some candy floss, too!

Mysticism became all the rage at salons in Paris during the late 19th century; the symbolism is some of the most bewitching ever and led to the rise of Surrealism in the 1920s. Some preliminary reading for those interested in the occult and alchemy is the rare novel “Inferno: From an Occult Diary” by August Strindberg (1896-97). His autobiographical novel is endlessly fascinating and gives readers some insight into the famous Swedish writer’s wild and outlandish mind. He is most well-known for his plays, most specifically “Miss Julie” (1888), and is heralded as the founder of modern Swedish literature.

Have you ever played with a Ouija board or attempted a magic trick? The Amazing Dorians “Over 264 Instant Magic Tricks” (published in 1954) is a great vintage find and a wonderful read (complete with fantastic illustrations).

Study Harry Houdini! Of course, Houdini (1874-1926) was known for his amazing escapist feats. He was a contortionist and master of locks so he could get himself out of any situation (even when tied up and handcuffed in a box submerged in freezing cold water). Most of all, he was an entertainer. Since Houdini was so small in stature, he could contort his body and fit into small spaces; he was an escape artist and illusionist. His life continues to mesmerize readers and those interested in magic, stunt performance, etc. Try reading one of the countless Houdini biographies out there: “The Secret Life of Houdini: The Making of America’s First Superhero” by William Kalush and Larry Sloman is a very good one!

For more information on magic, check out the titles mentioned in this blog.