“In my next life I want to be a cat.” –Charles Bukowski 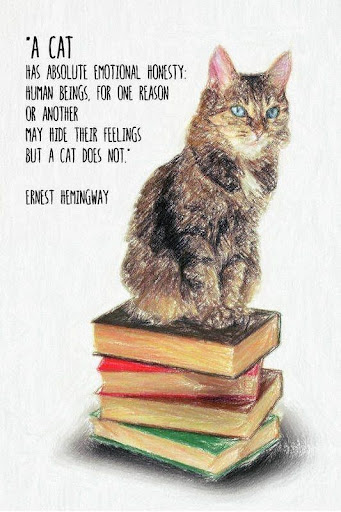 Many of the great literary titans are known for their love of cats. Ernest Hemingway, despite his machismo persona, adored cats, owned many, and even said, “One cat just leads to another.” Of course, Edgar Allan Poe will forever be associated with his short story, “The Black Cat” (1843). Mark Twain, Baudelaire, T.S. Eliot, and Guy de Maupassant all wrote fantastic fiction about cats; here, we’ll discover some of their brilliant musings on the domestic house cat. 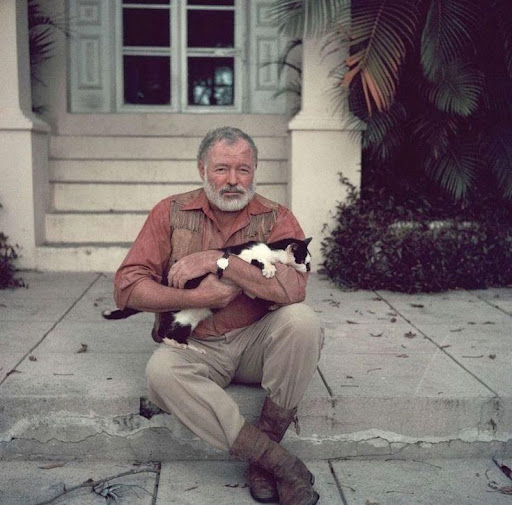 Ernest Hemingway (one of our absolute favorites at Full Cycle Publications) is one of the greatest American writers to ever live and completely changed the art form. His minimalist style of writing was refreshing and entirely new. His novel “The Sun Also Rises” is a hallmark of spare, clean, well-honed prose.

Hemingway’s home in Cuba—now a museum—is known for its cats (all descendants of the writer’s pets). Hemingway cats are polydactyl, meaning they have extra toes on one of all of their paws. There are about sixty cats living at the Hemingway Estate today!

“No animal has more liberty than the cat, but it buries the mess it makes. The cat is the best anarchist.”-Hemingway

T.S. Eliot—one of the fathers of the Modernist Literary movement and one of the greatest poetic minds of any century—will probably be remembered most for “The Waste Land,” but Eliot also had a playful side and loved cats. His collection of poems, “Old Possum’s Book of Practical Cats,” is a delight. The Rum Tum Tugger is a particularly memorable character! 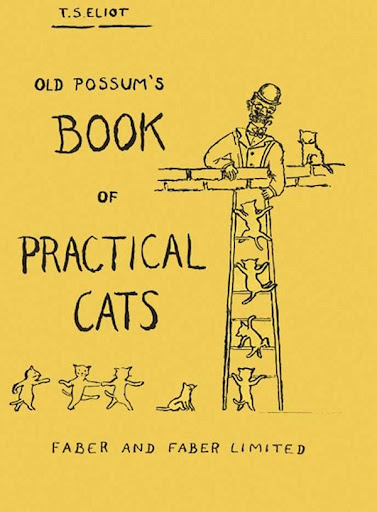 “A fine strong gentle cat is prowling as in his bedroom, in my brain; so soft his voice, so smooth its strain, than we can scarcely hear him miowling.”

Charles Baudelaire’s “Le Chat” is a wonderfully intimate and strange look at the behavior of cats from his epic book of poems, “Les Fleurs du Mal” (1857). The French poet’s “Flowers of Evil” is, perhaps, the most influential collection of European verse published in the 19th Century. 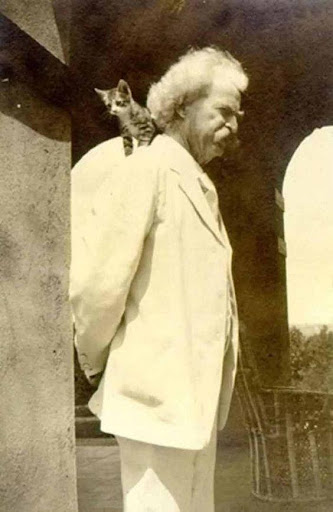 “When a man loves cats, I am his friend and comrade, without further introduction.”

Twain will forever be beloved for his classics “The Adventures of Huckleberry Finn” and “The Adventures of Tom Sawyer.” He was also a wonderfully eccentric and interesting man who loved cats. They all had charmingly strange names including, “Apollinaris, Beelzebub, Blatherskite, Buffalo Bill, Satan, Sin, Sour Mash, Tammany, Zoroaster, Soapy Sal, and Pestilence.”

“The cat rolled itself on my knees, lying on its back, its paws in the air, with claws protruding, then receding. The little creature showed its pointed teeth beneath its lips, and its green eyes gleamed in the half-closed slits of its eyelids. I caressed and rubbed the soft, nervous animal, supple as a piece of silk, smooth, warm, delicious, dangerous. She purred with satisfaction, yet was quite ready to scratch, for a cat loves to scratch as well as to be petted.”

Guy de Maupassant will probably go down in history for his most anthologized short story, “The Necklace.” A contemporary of Flaubert, de Maupassant’s use of florid language is irresistible to any lover of literature. His short story “On Cats” (1886) uses flamboyant descriptions of the animal to make the reader think of an everyday animal as incredibly exotic.

For more information on Hemingway, Mark Twain, and their cats, visit the links below:

For more information on all things literary, visit Full Cycle Publications at the website!