The Allure Of Science Fiction Books

Science fiction stories reel in readers and take them into a world that is not fantasy but is beyond the realm of what is known to be possible on earth. They may involve beings with superpowers or ones who are capable of teleporting. The stories may be stories of life on another planet or in the center of the earth. They must not be completely unbelievable, or they would fall into the genre of fantasy. Here are four science fiction books everyone should consider reading.

Mary Shelley (1787-1851) was with her husband, poet Percy Bysshe Shelley. With them was their friend Lord Byron, also a poet. The three friends dared each other to write the best horror story ever. They gave the win to Mary for her story about Dr. Frankenstein and the monster he created.

The book was first published in 1818, but it was not until 1821 that Mary was revealed as the author. Based on this story, she is now considered to be the “inventor of science fiction.” The monster is not what Frankenstein envisioned when he gave it life and the reader will follow it from one perilous adventure to the next.

Journey to the Center of the Earth by Jules Verne 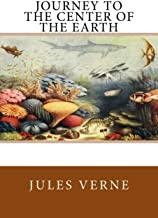 Verne wrote other science fiction books after this one. Some examples include “20,000 Leagues Under the Sea” and “Around the World in 80 Days” and others that are also still popular.

The War of the Worlds by H.G. Wells

H.G. Wells (1866-1946) was a master writer of science fiction. He is said to have achieved “overnight literary sensation” with the 1895 publication of “The Time Machine.” With the unknown and unexpected “help” of actor Orson Wells, “The War of the Worlds,” published in 1898, may be the book that gets the most historical attention. On Halloween 1938, Welles read his adaption of the book to approximately one million radio listeners. As though it were news of something happening at that moment, Welles described an alien invasion taking place in New Jersey.

Thousands and thousands of listeners missed the introduction to the story, which clearly identified it as fiction. They believed it was news and panic erupted across the country, particularly in New Jersey where people took to the streets trying to escape the invasion.

The Martian Chronicles by Ray Bradbury

Ray Bradbury (1920-2012) was a prolific writer of science fiction. His first book, “The Martian Chronicles,” was published in 1950. It is a group of stories all depicting a conflict between Martians and visitors from Earth who have landed on Mars to colonize the planet. Some stories describe the “Great Loneliness” of the earthlings who grieve over having left their homes. Amazon describes the stories as ones where “Bradbury exposes our ambitions, weaknesses, and ignorance in a strange and breathtaking world where man does not belong.”

Full Cycle Publications offers readers a way to explore their world, their imaginations and themselves. Learn more about the writing life, becoming an author for FCP, or purchasing your next great read.